UR_ will be performed on the 18th and 19th of Septmeber  at the Norwegian National Opera's Stage 2 as part of the 2015 Ultima Oslo Contemporary Music Festival.

UR_ in Ultima's program

UR_ at the Norwegian National Opera 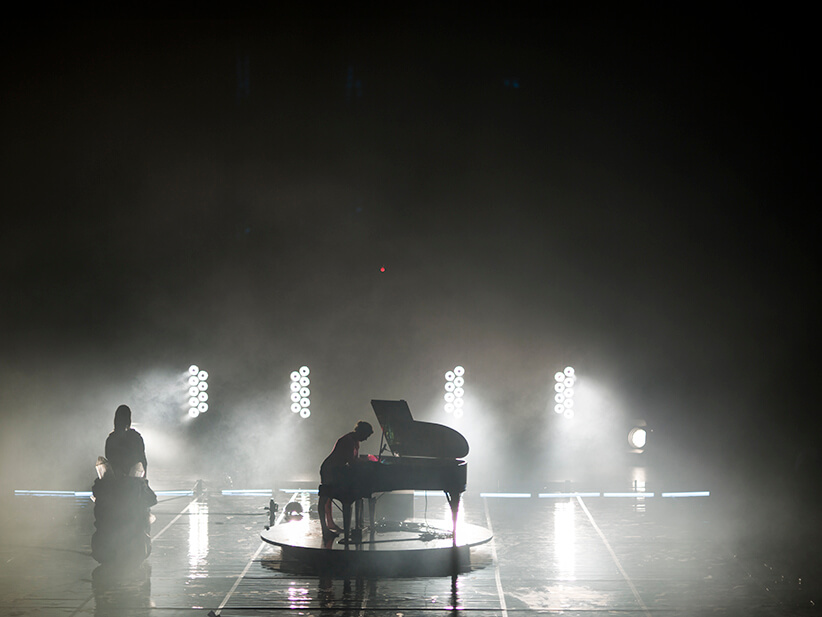 "In UR_, we follow the struggle of an abstract metaphorical persona – portrayed by the three singers – to find its way back to nature, characterized by the struggle of each to find a voice through the exploration of nonsensical phonetic textures and a hybrid combination of multiple languages. Communicating through expressive phonetic gestures allows that which does not have a language to express itself, to be understood and appreciated. Without this, the UR_ is truly voiceless." 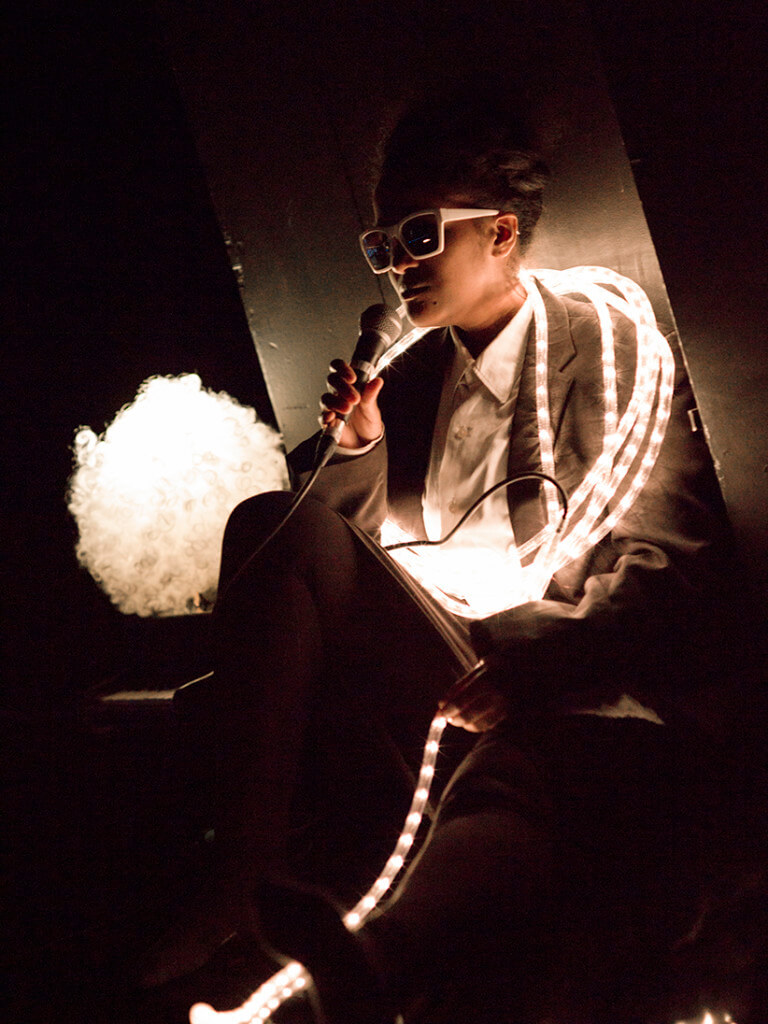 ”In staging UR_ I wanted to undertake a journey into the core of what Opera is. To ask the fundamental questions about the artistic process behind staging an opera and reflect this very process in the staging.

Working with a first production of a new work offers a wonderful opportunity to re-examine what the artform is and what it could be. Since UR_ is, with all its abstractions and ambivalence, a dialectic retelling of a Genesis story I wanted to mirror that with the Opera form as its backdrop. This production is the result of a process where you are confronted with the most fundamental questions about how to stage music theatre. In UR_ Anna Thorvaldsdottir presented us with such a rich and multilayered material, combining conceptual thought and deeply sensual music within a meticulously crafted structure, that we were bound to abandon our presuppositions and embark on this very trying but a deeply satisfying artistic journey!“ 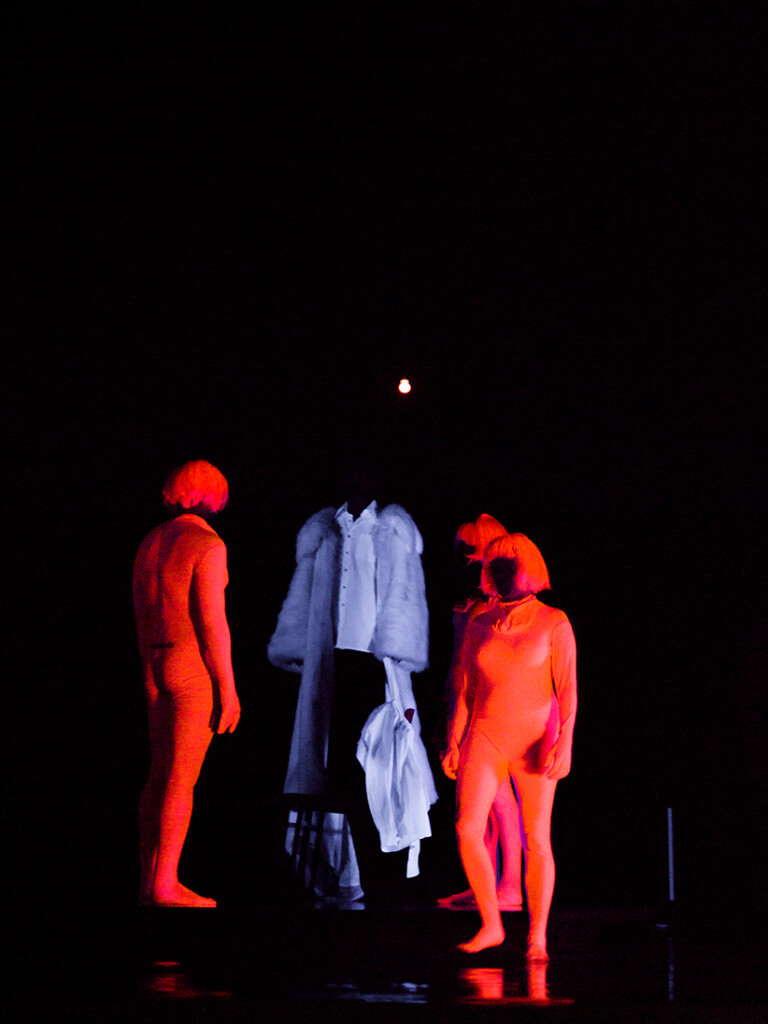 ”In the process of staging UR_ I allowed and obliged myself to find visual solutions that came out of the process as a complete necessity. Rejecting anything else. This led us on the path to an intrinsic, internal, self referential, metaphoric and poetic world of scenetic images which flow by like dreams that fall into one another, separate yet interconnected.

We searched for the elemental, the core of the process of this particular staging, which in essence is the search for the core of oneself.

A visual world of darkness, dreams and the coming of light is nurtured in the world of UR_, where even the stage itself is lit through light feeding of itself through camera projection“

UR_ – In Pursuit of the Future in Origins

In the beginning was not the word, but darkness, and light brought death and deliverance. At least that's what Greenland's mythology has us believe. It shares the notion of an undivided unity with the bible, and they both propose that the world was created through its loss.

Two main narratives of metaphorical personae run in opposite directions through Anna Thorvaldsdóttir opera: one follows the path of mans struggle to find a way back to the Ur_ (starting point), the other traces the development of how we humans have become so far removed from our "original state“.

The composer spins an ambivalent grand narrative in sound, drawing on the thematic of an evolutionary genesis in seven parts. Longing and searching, with a fundamental feeling of loss generates a vacuum in time and space that invites the observer to embark on reflective journey. Moaning, whispering, stuttering, those are stages on the exploratory route towards finding an individual voice of expression, comprehension and communication.

Meditative sensual melodic lines interwoven with, strained, fragile brokenness come together in a passion that is driven forward by yearning, a feeling of being overwhelmed, the craving for truth and a flickering hope of restoring equilibrium.

Thorvaldsdóttir's music for UR_ is born out of humanity's desperate quest for identity and self-assurance, of asking for a perspective on the future. Thorleifur Örn Arnarsson takes the metaphor of a relentlessly searching mankind quite literally. He lets the sensual-abstract imagery of the music and narrative guide the performers toward an organic flowing symbiosis of the senses. He furthermore uses the occasion of a new opera première to pose questions not just about man's true identity, but also that of the opera genre itself.

The Sounds of Anna Thorvaldsdóttir’s UR_

UR_ is her first opera. Thorvaldsdóttir's music seems to depict a tonal world in flux, imbued by a mysterious, lyrical mood. Her highly sensitive auditive and tonal imagination unveils the existence of the abundant noises and harmonies that constantly surround us. Her music is a reflection on the landscapes and nature in the world she lives in, yet it's neither an imitation nor an illustration. She develops a form of tone-language-philosophy in UR_, which is an attempt to analyse the word and its substance as well as the matter of comprehension and communication through tonality, all the while asking whether there may be alternative ways to accomplish the task.