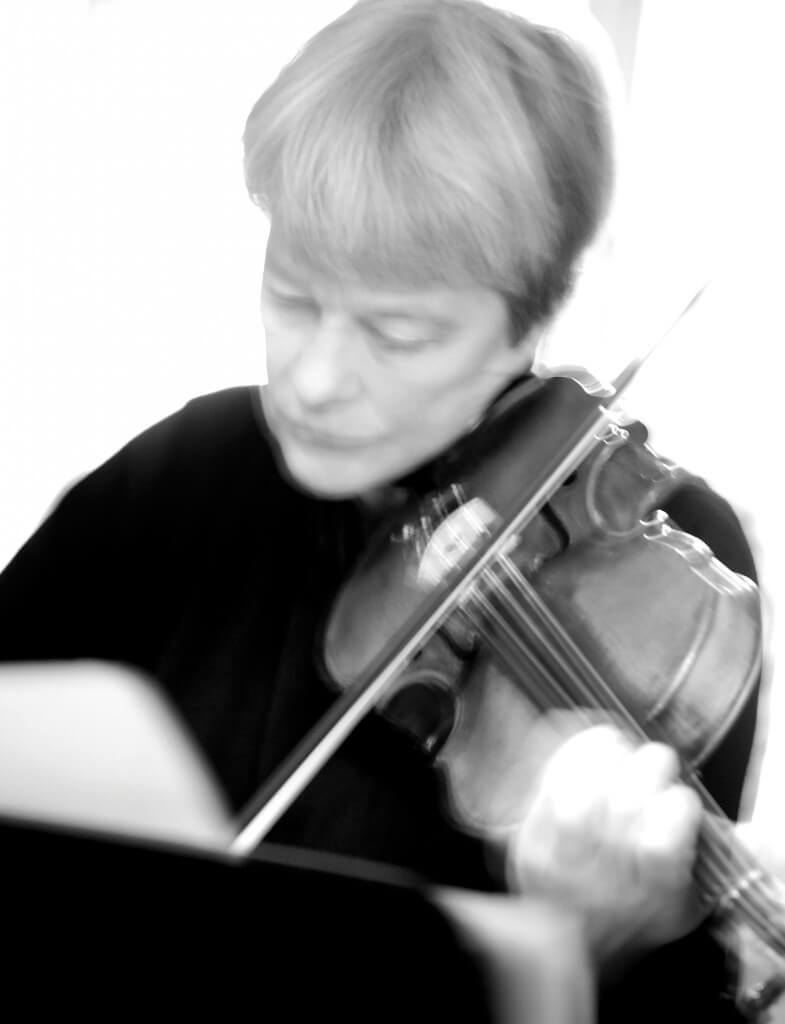 Violinist Anna Lindal studied in Sweden and Switzerland. Lived and performed in Switzerland and France for many years, played in the string Trio des Lyres specialized in mixed programs with barock and classical music on original instruments and contemporary works. During this time the film "Livsstråk" was made which is a musical portrait of Anna Lindal.

From 1983 to 2001 concertmaster of the Royal Philharmonic Orchestra in Stockholm and from 2002 Professor of violin at the Royal college of Music in Stockholm.

Anna Lindal performs regularly as soloist with orchestras, as a chamber musician, in experimental theatre and in different groups for free improvisation. She collaborates with a large number of contemporary composers and has had many new compositions dedicated to her and made several recordings, amongst other two solo recordings with works by John Cage and Christian Wolff paired withlike minded composers. Anna Lindal has also performed instrumental Argentine Tango in the quintet Tango Libre for several years and is a core member of several ensembles:

Anna Lindal is also involved in leadership in higher education and artistic research and holds a part time position at Stockholm University of the Arts.